You are here: Home › Policies › Health 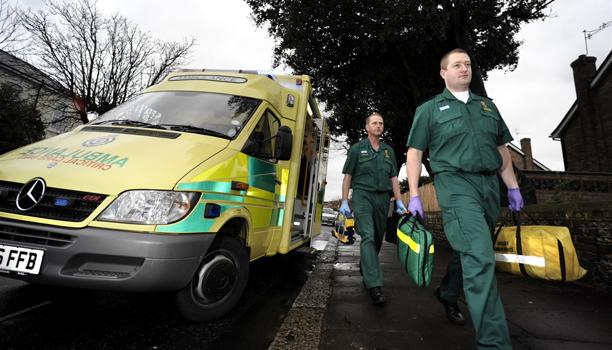 Spending on health policy accounts for a significant portion of the government’s budget. Healthcare and health policy often feature heavily in political discourse and debate. This is certainly the case in the UK. Although there are slight regional variations, health policy and healthcare is largely uniform across the UK, being delivered by the National Health Service.

The National Health Service (NHS) is a publicly funded healthcare service. The majority of healthcare is provided through the NHS, although private healthcare provision does exist.

The NHS was founded in 1948 on the principle that healthcare should be available to all regardless of  wealth. It brought several healthcare services, which were previously provided in a disparate and inconsistent way, under one organization.

The NHS has several principles at its heart. However, there are three core principles which it is founded on:

The NHS has recently adopted a constitution, which outlines what patients can expect from the NHS. 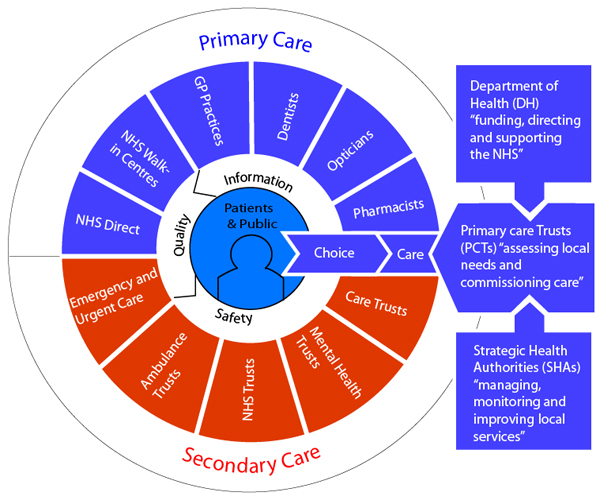 At a national level the NHS is run by the Department of Health. They are responsibile for funding the NHS and its strategic and political direction. At a regional level, the NHS is managed through strategic health authorities, who are responsible for improving health and implementing national policies in their areas.

Each strategic health authority looks after a number of more local trusts which provide various healthcare services. These include:

Some services are provided at a national level, such as NHS direct or the National Institute for Health and Clinical Excellence.

More information about the structure and organization of the NHS is available on on the NHS website.

As a service offering free healthcare, the NHS is funded almost entirely by tax payers, although there are some services where charges apply. These include: 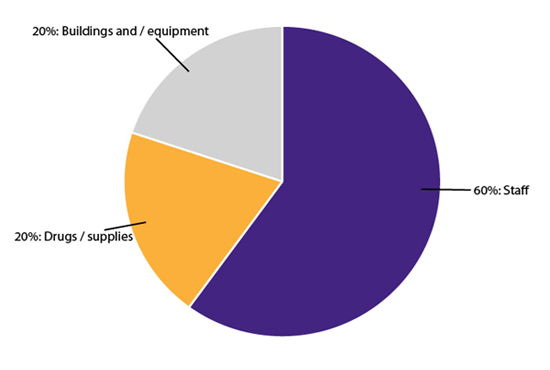 Almost 80% of the NHS budget is allocated by local primary care trusts, who spend it according to local priorities.

Since its creation, the NHS and health policy has been at the forefront of political discourse, which has led to several reforms over the last 60 years.

Generally speaking the reforms follow the government’s ambition to move power and control away from the centre to those it affects. To this end the proposed reforms include:

These reforms have met with criticism. This includes:

In January 2011 many of these proposed reforms were published as part of  the Health and Social Care Bill (you can track its progress on the parliament website). However, reacting to criticism, the government conducted a “listening exercise” and has now rethought many aspects of their reforms.

The Department of Heath is the government department responsible for health policy and the NHS.

The NHS website has a wealth of information, including a general overview of the NHS.

The NHS Confederation is an organization made up of the various NHS bodies. It seeks to inform and influence development in health policy.

The National Health Service History website provides a comprehensive overview of developments in the NHS since its creation. The NHS also has a history section on their website.

The Nuffield Trust is a charitable organization dedicated to independent and informed analysis on healthcare issues and policy.

The King’s Fund is a charitable pressure group which seeks to improve health policy and the healthcare system.

The Health Foundation is a charity working for better quality healthcare.

The British Medical Association is a pressure group and trade union representing the interests of doctors and healthcare professionals.

The Guardian website has sections devoted to health policy and NHS news. News is also provided by the Heath Service Journal, E-Health Insider and the British Medical Journal.

The Department of Heath website has a section on healthcare reform. Keep up to date with the proposed reforms for the NHS on the ‘Liberating the NHS‘ pages.

The Health and Social Care Bill has now been published. Its progress can be followed on the parliament website or more information can be found on the Department of Health’s website.