The map displayed below, shows all member states which make up the European Union, and provides information about the buildings and institutions which govern the EU – click on the European Union flags to find out more. Also, click the blue marker icons to read latest news from European Parliament.

The European Union (EU) is an economic and political union. The UK is one of 27 member states.

The EU has its origins in the early 1950s with the Schuman Declaration and the creation of the European Coal and Steel Community. This organization pooled sovereignty in the areas of coal and steel production under a supranational ‘high authority’. As well as bringing economic benefits, the idea was to establish interdependence between member states, thus ensuring peace and stability in Europe. Economic integration continued with the creation of the single market in 1986 through the Single European Act, which represented the first major amendments to the Treaty of Rome. In 1992 the Maastricht Treaty established the ‘European Union’ with a three pillar structure. This continued economic integration under the supranational institutions of the European Community. However, common foreign and security policy and justice and home affairs cooperation were also written into the treaty, although these areas remained largely intergovernmental in nature. This treaty was followed in 1995 by Austria, Finland and Sweden joining the EU. The treaties of Amsterdam (1997) and Nice (2001) strengthened areas of EU competence in foreign and security policy and citizens’ rights and prepared the institutional structure for further enlargement.

By the early 2000s there were 15 member states, 12 of those had adopted the Euro as their currency and 13 had open borders under the Schengen Agreement. Further enlargement took place in 2004, consisting mainly of central and eastern European states. Bulgaria and Romania joined in 2007.

The latest changes were made by the Treaty of Lisbon in 2009, which brought about several institutional changes designed to make the EU more efficient and democratic. It also enshrined the Charter of Fundamental Rights in EU law. This was introduced following the unsuccessful ratification of the Constitutional Treaty.

The EU is made up of sovereign member states who have decided pool their sovereignty in a number of policy areas. Since the 1950s membership has grown from the original six to the current 28 member states through successive enlargement rounds.

There are currently four candidate countries awaiting accession into the EU. They are Croatia, Iceland, Former Yugoslav Republic of Macedonia and Turkey. Before accession into the EU these states will have to meet the Copenhagen criteria, which includes adopting EU laws and rules (known as the aquis communautaire), having stable democratic political institutions, effective rule of law and a market economy able to cope in the EU single market.

Albania, Bosnia and Herzegovina, Kosovo, Montenegro and Serbia are recognized as potential future candidates, but do not yet have official candidate status.

Governance in the EU is conducted through a variety of institutional structures. 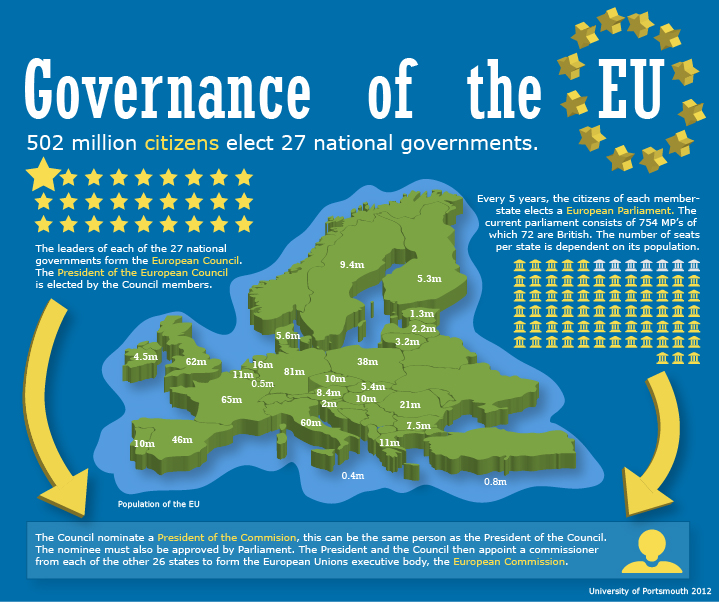 Council of the European Union

The Council of the European Union is the main decision making body in the EU. It is made up of ministers from each member state. Which ministers attend is determined by the topic being discussed. For example, if environmental issues were being discussed then environment ministers would attend. It is chaired by the member state holding the presidency, which is allocated on a rotating basis every six months.

Its main role is to pass (often jointly with the European Parliament) European legislation in the form of regulations and directives. It also has a number of other roles including:

Decisions in the council are taken through qualified majority voting (except some areas where unanimity is required); decisions are carried if:

The number of votes a member state has is set down in the treaties. In practice, however, council decisions are usually taken by consensus. 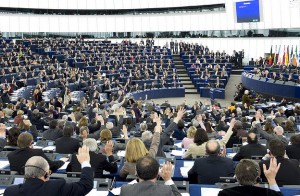 The European Commission acts as the EU’s executive body. Its primary role is to act as guardian of the EU treaties. This is mainly carried out through proposing legislation to the council and parliament for consideration. The commission also manages key EU policies, such as the Common Agricultural Policy, on a day to day basis. It acts in an enforcement capacity by bringing cases of non-compliance to the European Court of Justice. It is also responsible for managing the EU budget. 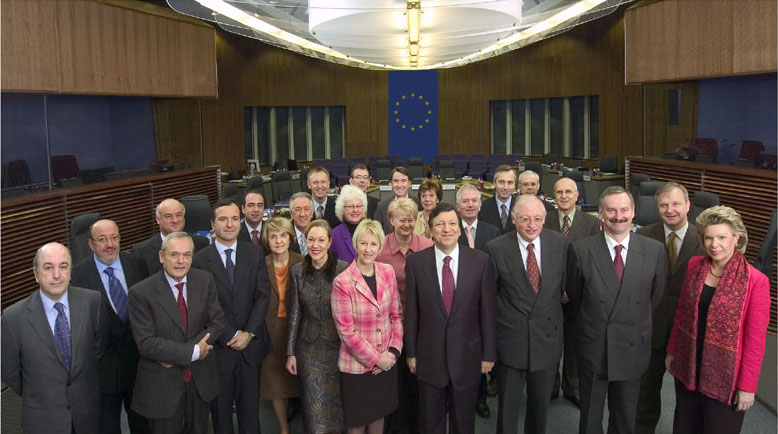 The European Commission consists of a president and a college of commissioners which usually meets weekly. There is also a civil service of around 34,000 staff who support the commissioners and carry out the EU’s administrative functions. 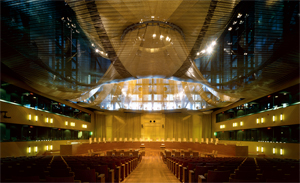 The Court of Justice of the European Union is based in Luxembourg. It is composed of one judge from each member state and eight advocates general who serve six year terms. Its primary responsibility is to ensure the rule of law in the interpretation and application of the EU treaties. This is done by:

There are also a variety of other EU institutions. These inlcude:

europa.eu is the main gateway for the European Union and contains links to all the EU institutions and policies.

The Foreign and Commonwealth Office handles the UK’s relations with the EU. They have a permanent representation based in Brussels. The Minister for Europe also has a blog on their website.

Chatham House has a section devoted to research on Europe, which includes EU affairs and the UK’s role in Europe.

The Federal Trust, Centre for European Reform and Open Europe are examples of think tanks with different perspectives focusing on EU issues. There is a more comprehensive list of think tanks here.

European Voice, EU Observer, European Daily, and the Guardian website are all good sources for news about the EU.

ideasoneurope.eu is an academic blogging site on European studies.

The European Institute at University College London is a hub for research on European studies and EU politics.