You are here: Home › Structures › Elections and parties 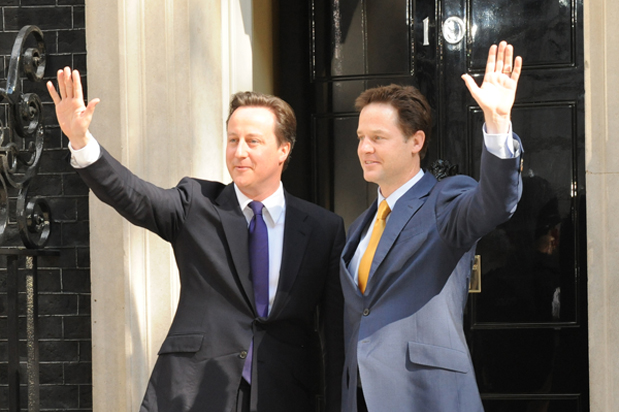 Having access to free and fair elections is one of the fundamental characteristics of a democratic state.

At a national level, elections are coordinated by the Electoral Commission. However on a day to day basis it is local councils that are charged with administering elections. This includes maintaining a register of electors and organizing elections, polling stations and counts.

To be eligible to register, voters must:

Currently voters are registered by household; under this system the head of the household registered everyone who was eligible to vote. However, in a move to combat electoral fraud, there are currently plans to move to individual registration.

The current electoral system used by the UK for parliamentary general elections is ‘first past the post’. Under this model voters select one candidate they would like to represent them and their area. There is only one seat available per area, or ‘constituency’. The candidate elected is the one to secure the most votes; a majority is not required.

Elsewhere in British politics a multiplicity of electoral systems are present, depending on where you are and what level of government you are voting for. There is an overview of the different electoral systems in use on the About My Vote website. 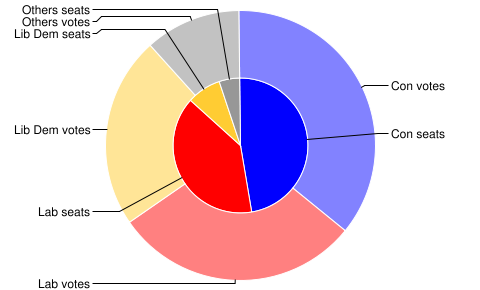 There have long been calls for changes to the UK electoral system. Organizations and campaigns, such as the Electoral Reform Society or Take Back Parliament, argue that the current first past the post system does not accurately reflect the votes cast by the electorate. This is because votes cast in different constituencies do not carry the same weight, due to differences in population size and how safe a seat is for any particular party.

A referendum was held in May 2011, where voters were asked:

At present, the UK uses the ‘first past the post’ system to elect MPs to the House of Commons. Should the ‘alternative vote’ system be used instead?

However, 67.9% rejected the proposal.

Candidates standing for election usually represent a political party. Essentially this is an organization made up of people who share common views about how the country should be run.

The UK is said to have a ‘two party system’, where politics is primarily dominated by two political parties. In this case the Conservative Party and the Labour Party are seen as the two dominant parties. Since the second world war no other party has come close to winning an election. This seems to support Duverger’s thesis that electoral systems which elect one candidate to an area (such as first past the post) are conducive to a two party systems.  However, recent rises in the share of the Liberal Democrat vote, and indeed their role in forming a coalition government following the 2010 general election, has meant that many now view the UK as a ‘two-and-a-half party system’.

Currently the main parties that are represented in parliament are the Conservative Party, the Labour Party and the Liberal Democrats. They represent 90% of the seats in parliament. The other 10% is made up  largely of independents and nationalist parties. Several other parties exist, usually taking part in local elections, or elections where a more proportional system is used, such as in the European elections. A full list of registered parties is available on the Electoral Commission’s website.

Information about voting, mainly aimed at citizens, is available from the GOV.UK website and the About My Vote website. You can use these website to register to vote.

The Association of Electoral Administrators is an organization that represents those involved in electoral administration and offers advice.

The Electoral Reform Society is a pressure group calling for electoral reform in the UK.

Take Back Parliament is a campaign calling for electoral reform.

The BBC News website has a section devoted to coverage of the 2010 general election.

News on electoral reform issues can be found on the Guardian‘s website.

Results of previous UK elections can be found on the Electoral Commission’s website.