You are here: Home › Policies › Localism and decentralization 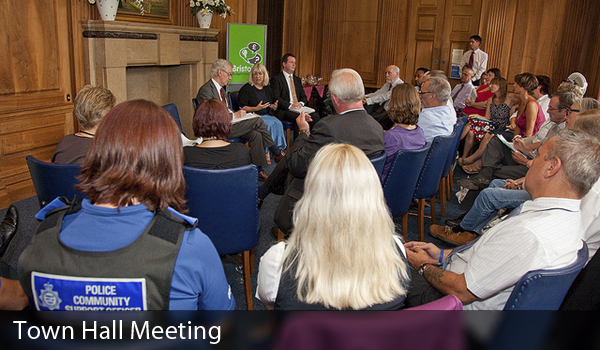 Despite the role of devolution and local government, the UK is still largely a centralized state. Localism and decentralization are seen as ways to address this by moving power and responsibility away from central government to more local levels.

Localism is based on the premiss that local communities differ in terms of what their needs and requirements are. In this sense one size does not fit all. Central government is not seen as in the best position to determine what local needs are or how services should be delivered.

Localism also aims to promote greater accountability. Those responsible for providing local services are closer, and even drawn from, the local community. This leads to greater accessibility and transparency, whereas central governments are seen as inaccessible and out of touch.

“The Government believes that it is time for a fundamental shift of power from Westminster to people. We will promote decentralisation and democratic engagement, and we will end the era of top-down government by giving new powers to local councils, communities, neighbourhoods and individuals.”

A Localism Act has passed through parliament. This features several initiatives, including:

Councils have been given a ‘power of competence’. Essentially this means they would have the right to do “anything apart from that which is specifically prohibited”. The idea is to make local councils more proactive in delivering services which meet the needs of the local community.

Local community organizations, such as parish councils or voluntary groups, now have the opportunity to buy and run services for the benefit of their local community. This may include local shops, post offices or leisure facilities.a

The Act proposes mayors for 12 cities from 2012 should local people decide they want them in a referendum. Councils will also have the right to revert to the ‘committee’ form of governance instead of the mayor and cabinet model. Procedures for setting senior council officers’ pay would also have to be formalized.

A full overview of what is included in the bill is available on the BBC news website.

The Department for Communities and Local Government is the government department responsible for localism and decentralization policy.

Localis and the New Local Government Network are organizations which seek to promote decentralization and localism and the role of local government and local communities.

The Centre for Policy Studies has produced a ‘Magna Carta for Localism‘.

Information about the Localism Act can be found on the Department for Communities and Local Government’s website.

The BBC news website provides an overview of the main elements in the Localism Bill. The Guardian website also Q & A section about the Act.

The Communities and Local Government Select Committee at parliament focuses on localism issues.

Views about localism are available from the New local Government Network and Localis.