You are here: Home › Structures › Devolution 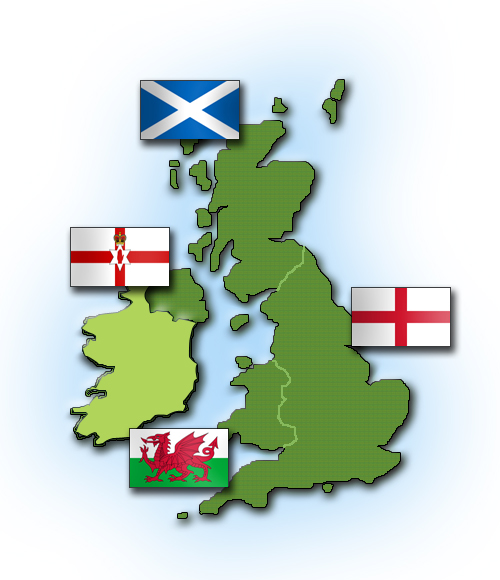 The UK is often regarded as a unitary state, but the role of devolved government should not be overlooked. The parliament operates broadly on the Westminster model, electing a First Minister who heads an executive. Its 18 members form a cabinet who manage the £30 billion budget in the areas where the Scottish parliament has devolved powers. These areas include most aspects of domestic, economic and social policy. The UK parliament retains control of foreign affairs, defence and national security, macro-economic and fiscal matters, employment and social security. The Scottish parliament can pass primary legislation in those areas over which it has responsibility. A list of these areas can be found on the Scottish government’s website.

Scotland is funded by a block grant (decided on the basis of the “Barnett formula”) from the UK government. Although it has the power to increase or decrease the basic rate of income tax set by the UK parliament by up to three pence in the pound, it has no tax-raising powers of its own. Scotland’s total for public spending is decided in London; how it is spent is a matter for the Scottish executive.

Following an agreement by the British and Scottish governments in October 2012 a referendum on Scottish independence was held on 18 September 2014. 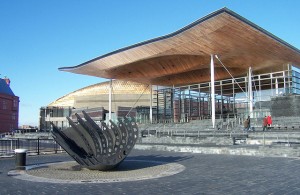 The assembly is funded by a block grant and has no powers of taxation. Originally it had power only to make secondary legislation (i.e. orders and regulations fixing the detail of implementation). Its responsibilities are not as wide as those of the Scottish Parliament: the UK Government retains responsibility for the police and the legal system. The Government of Wales Act 2006 introduced the ability of the Welsh assembly to make its own primary legislation on devolved matters such as health, education, social services, local government. The current format of devolution in Northern Ireland follows from the 1998 Belfast Agreement (or Good Friday Agreement).

The Northern Ireland Executive comprises of a First Minister and Deputy First Minister and 11 other ministers. They are allocated in proportion to party strengths in the assembly. The current composition can be found on the Northern Ireland Executive website. There are committees for each of the main functions of the executive. The membership of each committee is again allocated in proportion to party strengths. These committees have scrutiny, policy development and consultative functions.

Since 1999 the executive has intermittently been suspended because of dispute between its first and deputy first ministers and their parties (Democratic Unionist Party and Sinn Féin). In these cases the province reverted to direct rule by the Northern Ireland Office in London.

There is an element of “asymmetric federalism” in the UK system of devolution. A true federal system ensures that all the units making up the state have more or less the same powers legally. These are often defined in a written constitution with a supreme court able to settle disputes. But this is not the case in the UK system.

The different elements in the UK state all have different settlements. As a result there is no consistency between the responsibilities of or the models used by Scotland, Wales or Northern Ireland.

England itself has no assembly elected by only English voters. Decisions are made by the UK Parliament. However, these decisions can be radically affected by the votes of MPs from non-English parts of the UK. This is known as the ‘West Lothian Question‘, put by Tam Dalyell, MP for that area in the 1970s:

For how long will English constituencies and English Honourable Members tolerate … at least 119 Honourable Members from Scotland, Wales and Northern Ireland exercising an important, and probably often decisive, effect on English politics while they themselves have no say in the same matters in Scotland, Wales and Northern Ireland?

Indeed, there is evidence some of the 1997 Labour government’s bills (e.g. higher education student fees) have passed because of votes from Scottish MPs who themselves, or rather their constituents, were not affected by the measure proposed.

There are calls for a devolved parliament in England (for example from pressure groups and parties such as Justice for England, the Campaign for an English Parliament, or the English Democrats). Although there is a London assembly, voters rejected a north-east regional assembly in a 2004 referendum, meaning English devolution has stalled.

Access to journal articles require a University of Portsmouth login.

An overview of devolution in the UK can be found on the BBC news website.

The Economic and Social Research Council funded a Devolution and Constitutional Change research programme. This website contains a number of research papers and other information.

Devolution Matters is a blog providing debate and analysis on current devolution issues.

The Cabinet Office have a section devoted to devolution. There is also a news section outlining key developments in devolution. The UK parliament website also has an area set aside for devolution material.

The official websites of the Scottish parliament and Scottish government are a good place to start.

The Scotland Office is the UK government department responsible for Scotland and Scottish devolution.

The Commission on Scottish Devolution had a remit to review and evaluate the process of Scottish devolution.

The Scottish National Party, who currently hold a majority in the Scottish parliament, has long been calling for independence. There are also Scottish branches of the Conservative, Labour and Liberal Democrat parties.

BBC News’s Q&A page and the official referendum website provide an overview of the election debate.

Both the National Assembly for Wales and the Welsh Assembly Government have official websites outlining their activities.

The Wales Office is the UK government department responsible for Wales and Welsh devolution.

Plaid Cymru is the main Welsh national political party which promotes greater constitutional freedom for Wales and international recognition. There are also Welsh branches of the Conservative, Labour and Liberal Democrat parties.

The Institute of Welsh Affairs is a think tank focusing on various aspects of social and economic policy in Wales.

Cardiff University has put together a time-line of Welsh devolution.

The Northern Ireland Office is the UK government department responsible for Northern Irish devolution and issues. Their website also contains links to various other resources.

In the Republic of Ireland, the Department for Foreign Affairs is responsible for Northern Ireland policy.